Dunroy on Rutledge is a unique 115-acre residential community located on the northern edge of historic Flat Rock, North Carolina. Our community combines custom homes on one acre lots with clustering of carefree single-family manor homes. There are three manor home sections – Meadow, Forest, and Mountain – which surround the acre lot homes. Clustering allows setting aside 57 unspoiled acres, preserved as common area, including a walking trail and park-like expanses for all residents to enjoy.

The Master Plan for Dunroy appears below. 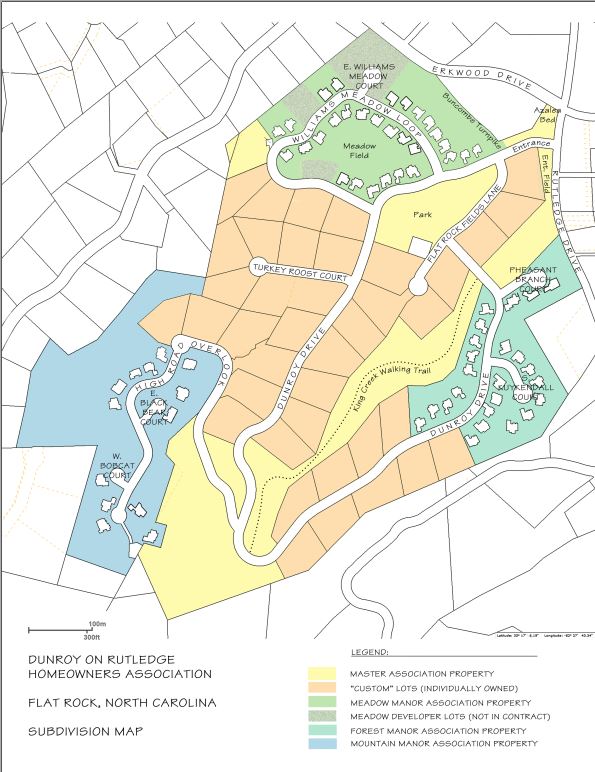 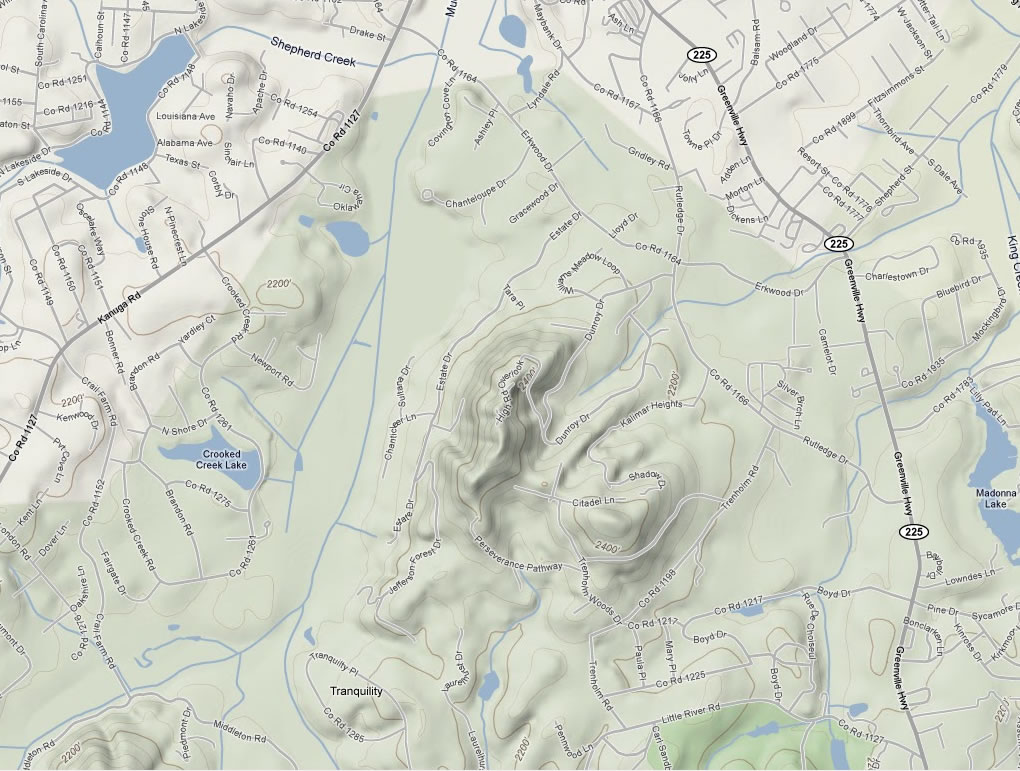 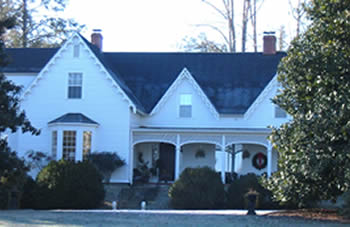 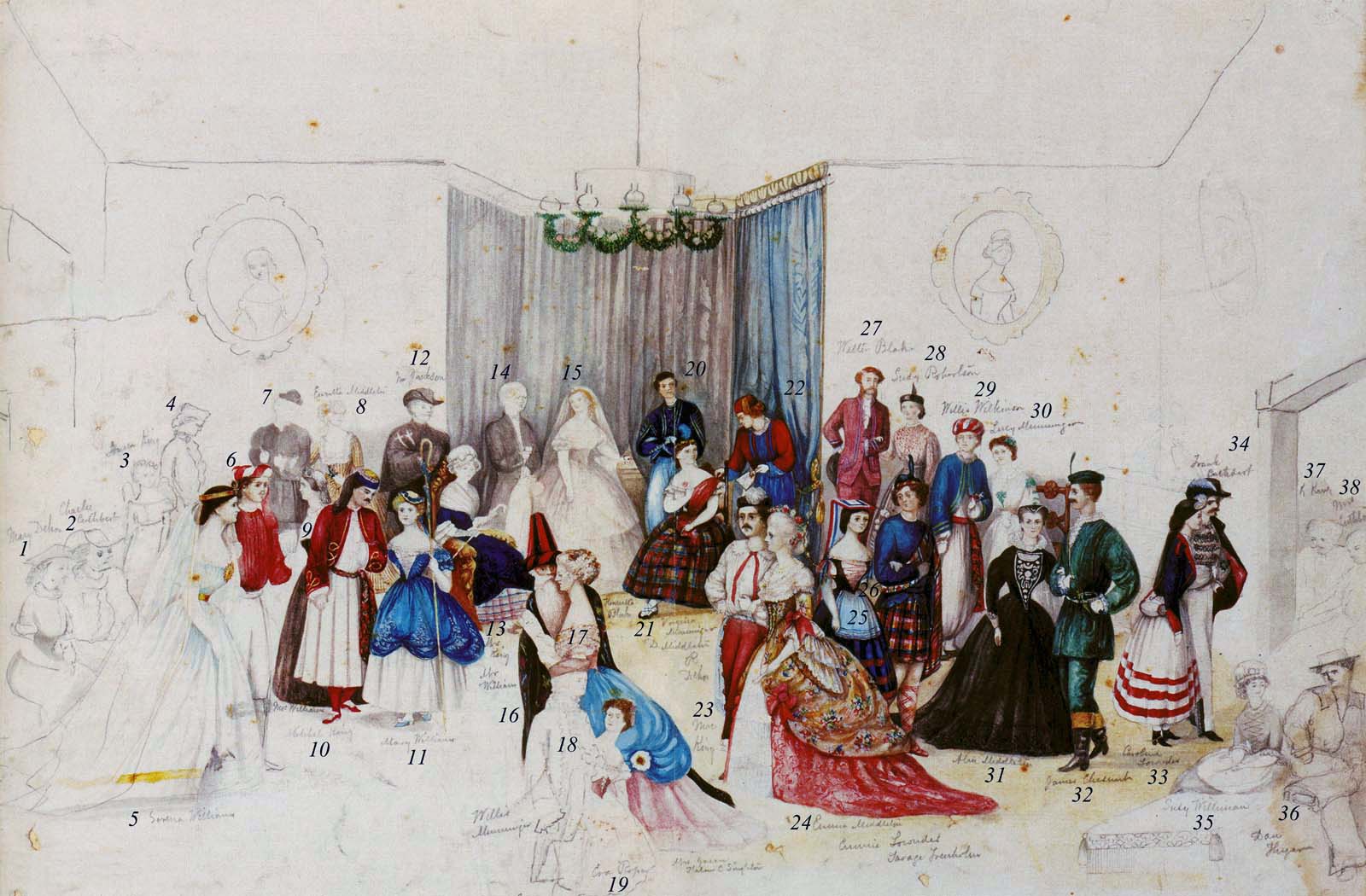 A Brief History of Dunroy

The known history of the estate stretches back to 1779, when Revolutionary War veteran Abraham Kuykendall first purchased 300 acres “on Mud Creek.” He and his first wife moved here in the late 1880s. He eventually owned 6,000 acres of land in what is now Henderson County, with 1,000 of them in present day Flat Rock, years before the influx of South Carolinians, who dubbed the area the “Little Charleston of the Mountains.

He was an astute businessman whose inn, tavern, grist mill and distillery made him a wealthy man. Legend has it that he elected to bury much of his wealth in the woods. One day he went to retrieve part of his fortune, but by some mishap failed to do so and was later found face down in a creek known as Pheasant Branch. What happened to the buried treasure remains a mystery. Kuykendall also gave the land for Mud Creek Baptist Church and is buried in its cemetery. Our two adjacent culs-de-sac, Kuykendall Court, and Pheasant Branch Court honor his memory.

In 1830 Kuykendall’s heirs sold a portion of his holdings to Susan Baring, wife of Charles Baring, both from Charleston. Susan had a substantial “life estate” from her previous husband. The Barings proceeded to build their palatial summer home, “Mountain Lodge,” which can still be seen on the hill overlooking the corner of Rutledge Drive and Trenholm Road. The Church of Saint John in the Wilderness started out as the Barings private chapel.

When Susan Baring died in 1845, her “life estate” reverted to her previous husband’s family, and Charles was forced to liquidate his wife’s holdings. In 1860 he sold 97.5 acres to David Rogerson Williams II, a planter from Darlington County, South Carolina. He soon engaged Henry Farmer, owner of Farmer’s Hotel (now Mansouri Mansion) to build a summer home for his family. Because of his drawing skills, Williams served in the Civil War as a cartographer. Much of his time was served in Florida, where he also owned a 1,000-acre estate on the outskirts of Gainesville.

The good times returned, albeit briefly, after the end of the war as the 1866 painting of a costume party in celebration of the Williams’ oldest daughter’s 18th birthday suggests. See picture above.
But the family’s altered circumstances led them to sell the property in 1868 to Duncan Cameron Waddell, whose prominent Eastern North Carolina family included a Major General (his great grandfather and a state senator and a trustee of The University of North Carolina (his father). The young D. C. Waddell distinguished himself for gallantry at Gettysburg (carrying the flag under heavy fire) and was elected first lieutenant by his company even as he languished in a Union prison.

Waddell’s had a long and successful business career, but his tenure in Flat Rock was brief, and in 1875 the property was sold to Louise Rutledge of South Carolina. Her first husband was Daniel Blake Heyward, with whom she owned an enormous rice plantation between Charleston and Savannah. After he died, she remarried, and her second husband was James Rose Rutledge, also of South Carolina. Both Mrs. Rutledge and her daughter were said to be “descendents of a signer of the Declaration of Independence.”

Upon Mrs. Rutledge’s death in 1911, her daughter Anne Louise “Loulie” Heyward inherited the Flat Rock property. Anne had married her cousin, Julius Henry Heyward, in 1885. In a 1916 letter to her Aunt Bessie (Mrs. Adele P. P. Ravenel), she used the handwritten heading “Ambersley.” This seems to have been the first instance (that we know of) of a name being applied to the property. Upon her husband’s death in 1923, Mrs. Heyward moved to a smaller cottage on Greenville Highway and sold “Ambersley” the following year.

The new buyer was a real estate impresario by the name of William Dalton McAdoo, who had already made a name for himself in Greensboro and St. Petersburg, Florida. McAdoo and his wife Nina started buying property in Henderson County in 1921. Their local residence seems to have been nearby “Chanteloupe,” so our property was simply one of their many investments. In 1925, the McAdoos purchased nearby Jump-Off Rock and donated the property to Laurel Park Estates as the area was known prior to the town’s incorporation in 1933.

A devastating hurricane in Florida in 1928 and the stock market crash of 1929 left the McAdoos (and many other Florida developers, including those involved in the Laurel Park development) considerably overextended and determined to do more selling than buying. A September 1930 transaction transferred the property to Harriott L. King (Major General Campbell King’s wife) for “one dollar and other valuable consideration.” The King’s granddaughter remembers being told that the “other valuable consideration” was a “suitcase full of money” and that “any other form of payment would have been confiscated by the I.R.S.”
Major General Campbell King had an outstanding thirty-six-year career in the United States Army. He was posted all over the world prior to World War I, in which he and George C. Marshall served as Colonels under Brigadier General John C. Hines. In 1927 Marshall was assigned as assistant commandant of Fort Benning, Georgia. King’s final assignment before retiring was as commandant of Fort Benning, beginning in 1929. It was during this period that the two men became close friends, often thereafter exchanging chatty letters on both military and personal subjects.

Campbell King retired in 1933 and moved back to Flat Rock, where he had been born. It was he who came up with the name “Dunroy” from the Gaelic “dun” signifying a hill-fortress or, more loosely, a castle and “roy” meaning “king.” Hence, the combination became “castle of the king.”

George C. Marshall, of course, went on to become America’s leading soldier during World War II, serving as Army Chief of Staff from 1939 to 1945, building and directing the largest army in our history. In 1943 he took time from a grueling schedule to pay an Easter visit to Dunroy, which, owing to Marshall’s prestige, is still regarded as one of the most important historical events to have taken place here.
The Kings had twin children – a girl, Barbara, who died in 1933, and a boy, Duncan Ingraham Campbell King, who became known by his initials as “Dick.” Dick grew up to enter the medical profession and, when he opened his practice on Fifth Avenue in Hendersonville, he occasionally found himself treating former patients of his father’s uncle, Dr. Mitchell King (whose former estate, Glenroy, became the core of the Kenmure development).

General King and Harriott typically wintered in Florida, spending three or four months after Christmas in Key West. The General died in 1953, and his wife followed a year later. Son Dick moved into the family home, but, with his busy practice, was unable to escape to Florida for the winter. So, for the first time in its 90 some odd years, he set about renovations to winterize and heat the house as a year-round residence.

Dick continued to practice medicine right up to his final illness in 1987, a career span of over fifty years. His obituary in the Time-News ran twenty column inches in order to list all his awards and accomplishments.
In May of 1998 Rutledge Road Properties, LLC purchased the Dunroy property, now measured at 94+ acres from Dick King’s heirs. A year and a half later the corporation, now renamed Dunroy on Rutledge, LLC, purchased an additional 27.32 acres at the top of the mountain from S. Eugene Kirkley and his wife Anne, substantially completing the area of the subdivision as we know it today.
Many of the above-named people are buried at the Church of Saint John in the Wilderness (a National Historic Site), either in the cemetery or within the church itself (the Barings). A 25-cent brochure and map, available from the church vestibule, highlights important family plots and greatly facilitates finding specific grave sites. A visit is well worth an hour or two of your time.

A brief synopsis of the above follows: 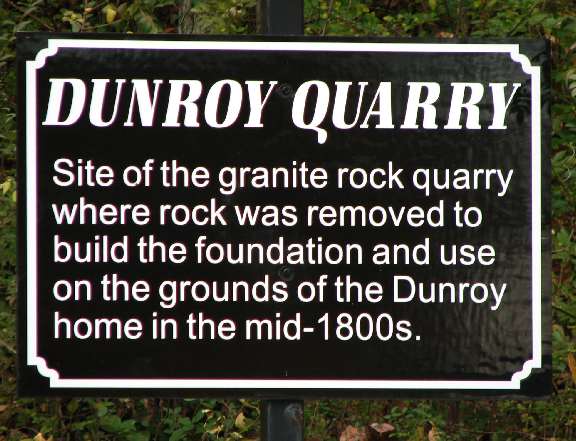 Read more about the Buncombe Turnpike history. Must have a PDF reader to download.